Home » Issue 1: A Theory for Our Time » How Can “Disintegration” Be Positive?

How Can “Disintegration” Be Positive?

In 2016, I had the opportunity to go to Calgary to attend the Dabrowski Congress, a biannual gathering of academics, educators, psychologists, social workers, parents, and generally overexcitable people who find value in Kazimierz Dabrowski’s theory of positive disintegration (TPD).  And hey, though I’d never thought of going to Calgary before, it turned out that it was not a bad place for a vacation, being located near Banff National Park, Canada’s crown jewel.  So as soon as the conference was over, I hopped on a tour bus and went to see the Canadian Rockies.

There, while I was in line for the gondola, a British tourist struck up a conversation with me.  It came up that I had come to the area for a conference on a psychological theory, so she asked me what it was about.

“Positive disintegration?” the woman echoed when I told her. “Well, that sounds horrid, doesn’t it?”

Those of you who have stumbled across our magazine without having ever heard of TPD before may well be in the midst of a similar reaction.  Disintegration does indeed sound horrid, and to be sure, even the positive kind we’re talking about is no walk in the park.

But there’s a reason we call it positive, and it’s a reason that we here at Third Factor hope will be as relevant to those of you sinking deeper into panic, depression, and despair as you scroll through the daily headlines and your social media feeds.  The thing that disintegrates in the process of positive disintegration, you see, is your “adjustment” to things that maybe you don’t want to be well adjusted to in the first place.  Science fiction author Philip K. Dick put it well when he declared,

“It is sometimes an appropriate
response to reality to go insane.”

And what he meant by “go insane” is what Kazimierz Dabrowski called “disintegration.”

But we’d better define this more precisely than that, so here’s something pulled from the glossary of Dabrowski’s 1970 book, Mental Growth Through Positive Disintegration, co-authored with lawyer and philosopher Andrzej Kawczak and microbiologist and psychologist Michael Piechowski:

DISINTEGRATION, mental, consists of loosening, disorganization or dissolution of mental structures and functions. The term covers a wide range of states from temporary loosening of contact with reality observable in severe fatigue, boredom, depression, stress, mental conflicts, disequilibrium, neurosis or psychoneurosis to a split of personality in schizophrenia. “Normal” symptoms of disintegration are distinctly and almost universally observable at the time of puberty and menopause, also at times of critical experience, suffering, inner conflicts, intense joy or exaltation, etc.

Suffice it to say, virtually everyone experiences some form of disintegration in their lives, though not the most severe kinds. (In other words, I’m not talking about schizophrenia here.) 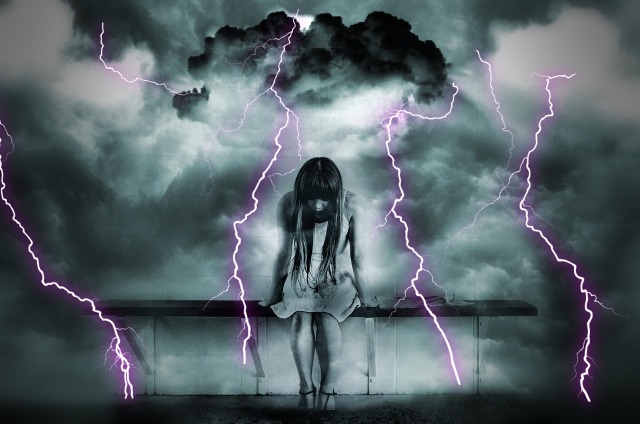 In other words, such people reintegrate at a higher level—that is, a level that is “more themselves” and less directed by whatever unhealthy beliefs have lodged in their heads, whether about their role in society, what constitutes success, the nature of happiness, or what have you.  The process takes years and years.  It also frequently involves sacrifices.

Then there’s this thing that Dabrowski called overexcitability.  We’re going to be diving into this in more depth in our next two issues, but basically, overexcitable people are physiologically wired to absorb and respond to significantly more stimuli than the average person.  Unfortunately for them, that’s going to include more of the troubles and absurdities, as they take in too much information about the world around them, about the consequences of what’s unfolding, and how it will affect people.  People with overexcitability find it harder to “just let it go,” where “it” could be perceived injustice, stupidity, suffering, cruelty, mortality, and so on.  The overexcitable, therefore, often find themselves facing both internal and external conflicts.

And it’s the internal conflict that fuels the process of positive disintegration.  Overexcitable people are predisposed to develop what Dabrowski referred to in his day as “psychoneuroses.”  The word isn’t used in diagnoses nowadays, but Merriam-Webster defines it as a neurosis based on emotional conflict in which an impulse that has been blocked seeks expression in a disguised response or symptom. This could manifest as anxiety, depression, interpersonal or intrapersonal conflict, or any number of other mild, moderate, or severe symptoms of maladjustment.  Here’s a sample of what Dabrowski had to say on the subject, from positivedisintegration.com:

Without passing through very difficult experiences and even something like psychoneurosis and neurosis we cannot understand human beings and we cannot realize our multidimensional and multilevel development toward higher and higher levels.

Think of a phoenix rising from the ashes.  Think of a caterpillar, who must literally dissolve his former self to become a butterfly.

Dabrowski based this statement on his treatment of many patients over the years. (Check out a documentary on YouTube called Be Greeted Psychoneurotics if you’d like to see him in action working with patients.)  He himself was thrown in jail by the Nazis and later suffered under the Stalin’s lackeys in his native Poland, where he was trying to develop centers for mental health that were not in line with what the Communists wanted mental health to be.  So when Dabrowski suggested that it’s good to be maladjusted to an unhealthy society, he knew what he was talking about.

If he’d been allowed to establish his system of mental health, by the way, here’s the understanding on which it would have been based:

If that’s a little too textbooky for you, try this quote from the playwright George Bernard Shaw (often attributed to Robert F. Kennedy, an overexcitable man who experienced disintegration, and who adopted in his 1968 presidential campaign):

If you’re thinking, huh, that sounds like a load of garbage; the world is the way it is and there’s no point stressing yourself out trying to change it, well, thank you for visiting Third Factor and have a nice day; the rest of our work is not likely to interest you.  To be sure: such cynics rightfully note the magnitude of the challenges we face.  Nevertheless, we do see human catalysts arising from time to time, making positive change in the world.  These people—from Socrates to Gandhi to Lincoln to Eleanor Roosevelt—could be said to be adjusted to what ought to be.  I’m sure it’s not lost on you that three of the people I named paid the ultimate price for their adjustment to a higher level.  But we admire such people in history (if not always when we’re face to face with them) and most of us agree that civilization owes them a debt of gratitude.

So where do these catalysts come from?  After witnessing World War I as a youth and World War II as an adult, Dabrowski began to ask precisely this question.  He saw some collaborate with Nazis while others risked their lives to save Jews and others facing persecution.  He took particular note of the “positively maladjusted”—the people who wouldn’t just go along with it.  What his work suggests is that a person who feels the kind of deep frustration we’re talking about here is precisely the sort of person who can become this kind of catalyst.  Let us hope we won’t ever need it again on the level Dabrowski witnessed—but there’s still plenty of work for such people to do.

But we don’t need to focus solely on those who became famous for their great works.  TPD can also help us understand the catalysts and exemplars we meet in our everyday lives—people we know and care about who may simultaneously have great potential even as they’re struggling with maladjustment.

George Bernard Shaw would clearly have understood the concept of positive disintegration:

One last point: for those who went through the painful process of disintegration, Dabrowski’s theory clearly notes that the goal is not to stay disintegrated.  The theory speaks of reintegrating at a higher level, and the internal processes that we must go through in order to that.  That will be the subject of future articles here at Third Factor, but suffice it to say for today that being in a disintegrated state is extremely draining and we don’t encourage you to stay there any longer than you need to.  In fact, our mission here is to help such people reintegrate, the better to live their ideals and help lift society up with them.

If you like what you read here—if you’d like to connect with others who are trying to positively reintegrate to be the most effective catalysts they can be—then please subscribe to our newsletter to get our latest issues straight to your inbox, share our articles on social media so your fellow potential catalysts can join you, and consider becoming a patron.  We look forward to reintegrating alongside you!

Interested in discussing this piece? Join the conversation in the Third Factor Third Place, our discussion forum.

A divergent thinker who can't abide an echo chamber, Jessie has served as assistant to the Consul General of Japan, Google Policy Fellow, and CIA leadership analyst. She is now an independent writer and analyst.

A Hodgepodge of Color

The content in our November/December 2020 issue is as mixed as the colors of the autumn landscape, with something for your intellect to parse, something to touch on your emotions, and something to power up your imagination.

Like what you see at Third Factor? Please consider becoming a supporter!

We have accounts at both Patreon (Monthly) and PayPal (One-Time or Monthly).

All donations go toward paying authors, editors, artists, designers, and web service providers. Thank you for your generous support!